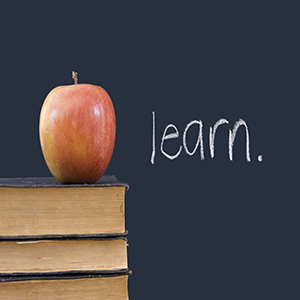 Advertising was not my first chosen profession. In fact, the first 20 years of my life were completely devoted to pursuing marine biology. It was during said pursuit that I had one of the most incredible jobs of my life (present company excepted): I spent a summer as an island naturalist on Bald Head Island, N.C., where I was charged with monitoring and protecting nesting loggerhead sea turtles.

Yes, it was as cool as it sounds. And educational.

It was on that little island at the mouth of the Cape Fear River that I learned some of the biggest marketing lessons of my life — at a time when marketing was the furthest thing from my mind.

Lesson #1: We all get sea turtles in our nets from time to time.
One of the biggest issues we faced at the time was the fact that the shrimpers were killing loggerhead turtles. Not on purpose, mind you. But shrimpers trawl for hours at a time, and sea turtles eat shrimp, so it’s not that unusual for the turtles to get scooped up in the nets and drown.

And that’s not good. Not for the turtle, obviously. Not for those of us responsible for protecting them. And not for the shrimpers, who have to cut their nets open to get the turtle out (these are not small creatures — an adult can weigh 300 pounds and stretch six feet from head to tail). After which, they unceremoniously toss the carcass overboard, and spend the next hour or so mending their nets so they can resume their livelihood.

The lesson? We all get sea turtles in our nets from time to time. You know, those things that slow us down from the task at hand, distracting us and causing us to lose focus. We have to stop to deal with them and they’re very counterproductive. And this leads us to the next lesson…

Lesson #2: Solving a problem is much better than learning to live with it.
Around this time, TED was born. The Turtle Excluder Device. The perfect solution to this problem; the definition of “win-win.” This nifty mechanism attaches to the front of the shrimp net and features wide-spaced bars angling up toward a trap door. So if a turtle is inadvertently pulled into the net, it slides right out the top. No harm, no foul. Shrimpers don’t have to slow their trawl and cut their nets, and turtle-lovers don’t have to stop eating shrimp. Problem solved.

Except for one thing…

Lesson #3: Self-righteousness is not a viable communications strategy.
While my eco-conscious brethren were certainly well versed in handling sea creatures, they were complete novices at dealing with their own species. The environmentalists demanded — literally DEMANDED — that every shrimp boat captain install TEDs on their nets so they would stop killing these beloved (and endangered) turtles. Or else.

Know what happens when a hardworking fisherman is told what he HAS to do by a seaweed hugger? He pushes back. So the environmentalists pushed back even harder. And pretty soon, this amazing win-win solution turned into a nobody-wins scenario. All because of how the message was delivered.

Lesson #4: Seeing things from another’s point of view isn’t just useful. It’s crucial.
But what if — what if — instead of…

“You evil turtle killers have got to install TEDs on all your nets or we’re going to take you to court!”

“You know those pesky turtles that keeping getting stuck in your nets? Well, with this device, that will never happen again. No more cutting up your nets only to have to mend them again. Plus, you’ll get better drag time and performance because all of the big stuff will stay out of your net. Great, huh?”

I guarantee you, there would’ve been a much higher voluntary adoption rate of TEDs, and a stronger, more understanding relationship between two groups on opposite sides of the issue. Instead, the courts got involved, legislation was introduced and the two groups are — if you’ll forgive the pun — more at loggerheads than ever.

Lesson #5: It’s not just what you say, it’s how you say it.
This is the key takeaway. What it all boils down to. Not just as it relates to sea turtles, but for marketing and life in general.

We spend an awful lot of time — rightly so — making sure we are saying the right thing.

Now we need to make sure we spend just as much energy on perfecting how we say it.

If we all took these lessons to heart, we would build stronger brands. And, incidentally, kill fewer sea turtles.

Winning over the long-term care industry.
What Will Day One Look Like?
Succeeding in the franchisor/franchisee sandbox